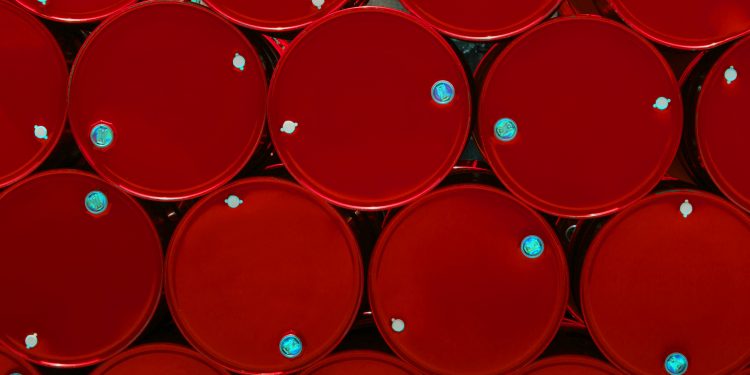 The price of oil has officially entered a bear market, down 25% this year.  This includes a drop of 7% this week, surprising many analysts and funds who had been expecting a tighter market for a host of supply-related reasons.

The simultaneous dramatic drop in the price of oil alongside an unprecedented 20% gas price spike this week led to speculation that a major hedge fund was liquidating positions to stay afloat. In any case current oil price volatility seems to be driven by global politics: ahead of U.S. sanctions on Iran, the White House persuaded Saudi Arabia to boost production, coinciding with a major increase in US shale output.  And Russia is pumping more oil than at any time since the end of the Soviet Union.

Some of these developments are very recent, but banks began turning cautious on the sector a few months ago.  The chart shows the proportion of Global Oil & Gas companies with credit improvements (green bars) and credit deterioration (red bars) highlighting a consistent drop in credit improvements from the middle of 2018 onwards.  The net effect (black line) is close to turning negative. After two years of recovery, global oil companies face an increasingly challenging credit outlook.